In 1983 a New Delhi based foundation called the International Society for Traditional Arts Research  met Dr. Jamshed J. Bhabha, founder of the National Centre for the Performing Arts, Bombay, to undertake a rather novel dream – documenting Indian music in notation form. Working with the tools of the time, the project relied on developing an […] Underground – that which runs parallel to what is above ground – sometimes in proverbial darkness, oftentimes subversive and secretive. Think of the Underground Railroad, a network of secret routes and safe houses established in the United States during the early to mid-19th century, and used by African-American slaves to escape into free states with […] Women have been witness to and recipients of the armed movements in North East India, and have struggled for decades to be the harbingers of peace. Their work in both these contexts remains primarily invisible and underground. Even though they appeal for peace and justice, they are trapped in a patriarchal whirlpool of rights and […] The other day, I was wondering why a man working in the corporate sector in Delhi would choose to wear a pair of ‘moochwala’ yellow boxer shorts at home. Why would an IT professional from Bengaluru redecorate her place with a specific set of teal scooter cushion covers? How does adding a multi-coloured owl pendant to your wooden box of […] 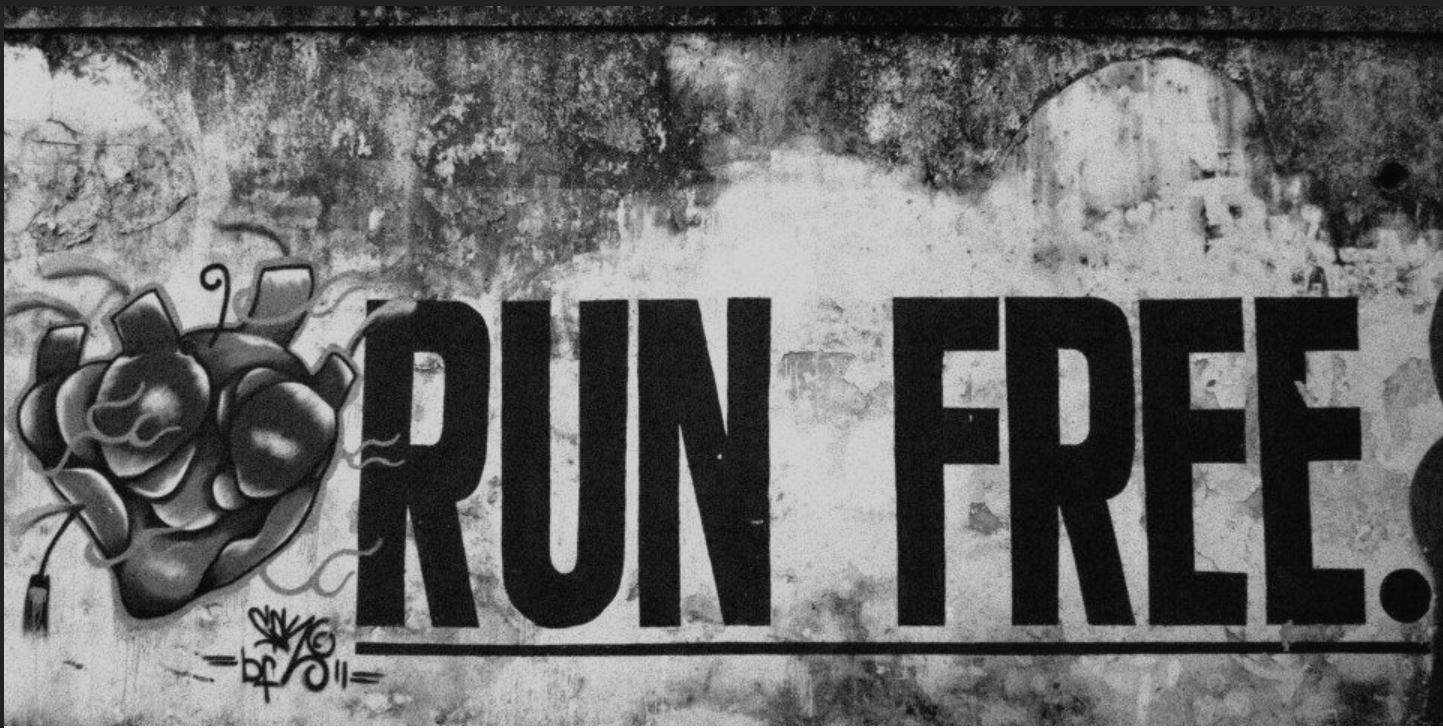 Our future is informed in large part by our history and our present. When we speak of the future, we hope for better things – we think of what we are leaving behind for the next generation and the legacies that we will make an imprint upon. The future is a space infused with a […] A MOVIE MADE WITHOUT A CAMERA

In one of his cryptic jabs, French filmmaker Jean-Luc Godard took a dig at Abbas Kiarostami by suggesting that his recent movies were made without a camera. Godard was implying that Kiarostami’s meaning making emanates from his status as a contemporary author, rather than from the filmed reality of the image. Godard was amongst the […]

QUEERING ART PRACTICE – A FUTURE FOR THE LGBTQ+ MOVEMENT IN INDIA

Reclaimed by the LGBTQ+ movement in the late 1980s to ‘contain’ the spectrum of identities within it, queer is an umbrella term that allows fluidity to those who want to be part of a range of identities that fall outside hetero-normativity. Like most of the world, the position that India finds itself in with regard […] 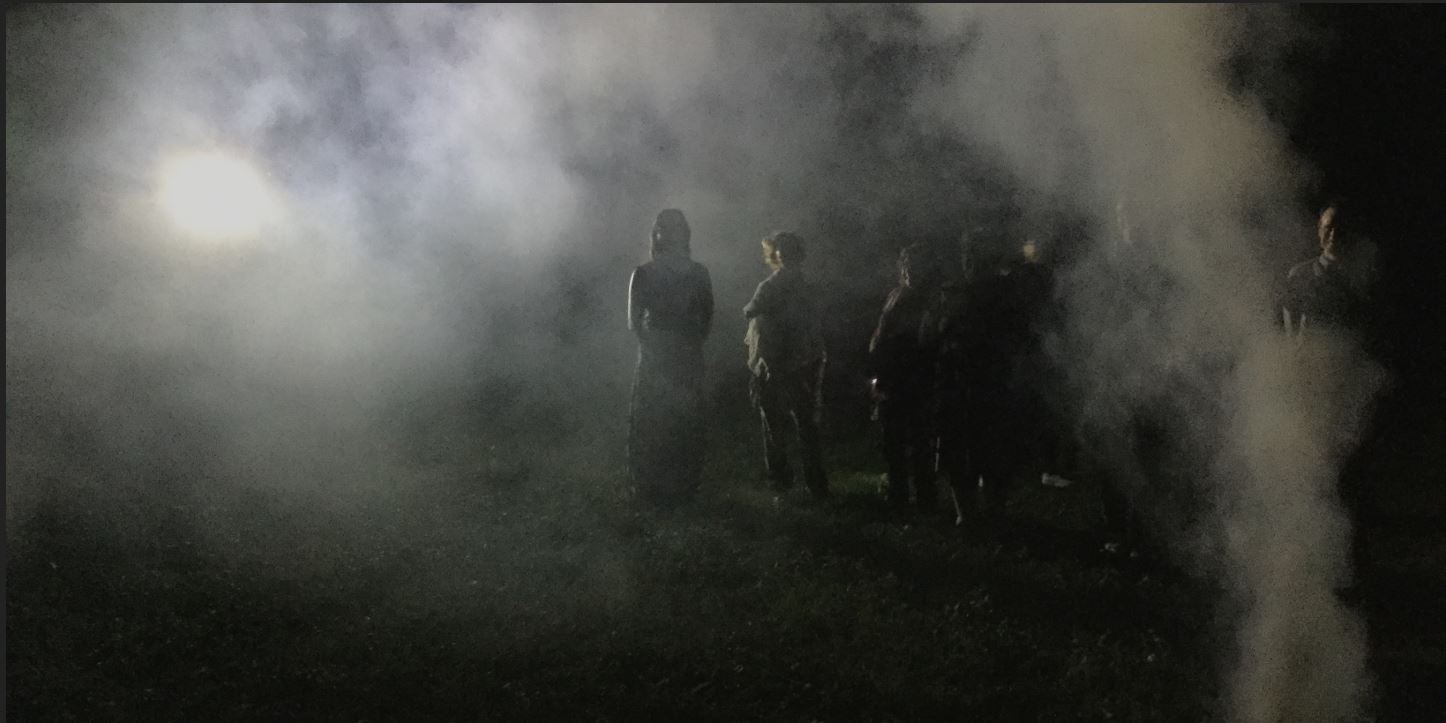 In mid-May 2018, I attended the premiere of Sydney Dance Company’s new work – ab [intra] – choreographed by the artistic director, Rafael Bonachela. Following a prevalent custom in Australia, the evening opened with an acknowledgement of country – a protocol of showing respect to the traditional custodians of the land on which an event or meeting […] THE END AS THE BEGINNING

In the monsoon, the walls of Cabral Yard are mottled with moss. Raindrops seep through the piles of withered leaves, and the dense networks of brushwood overwhelm any sign of concrete. The barks of old trees intertwine over and above the crumbling walls– the image is that of ruins, of historical time outrun by overgrowth. […]

All languages are made up They are all invented – and incessantly reinvented – over time, collectively. Necessity mothers them usually, but not always. Regardless, they help meet needs, allow people to express themselves, share thoughts, communicate. Hundreds and thousands of languages are used to enable existence, culture, civilization everyday. Despite their existence and use-value […] 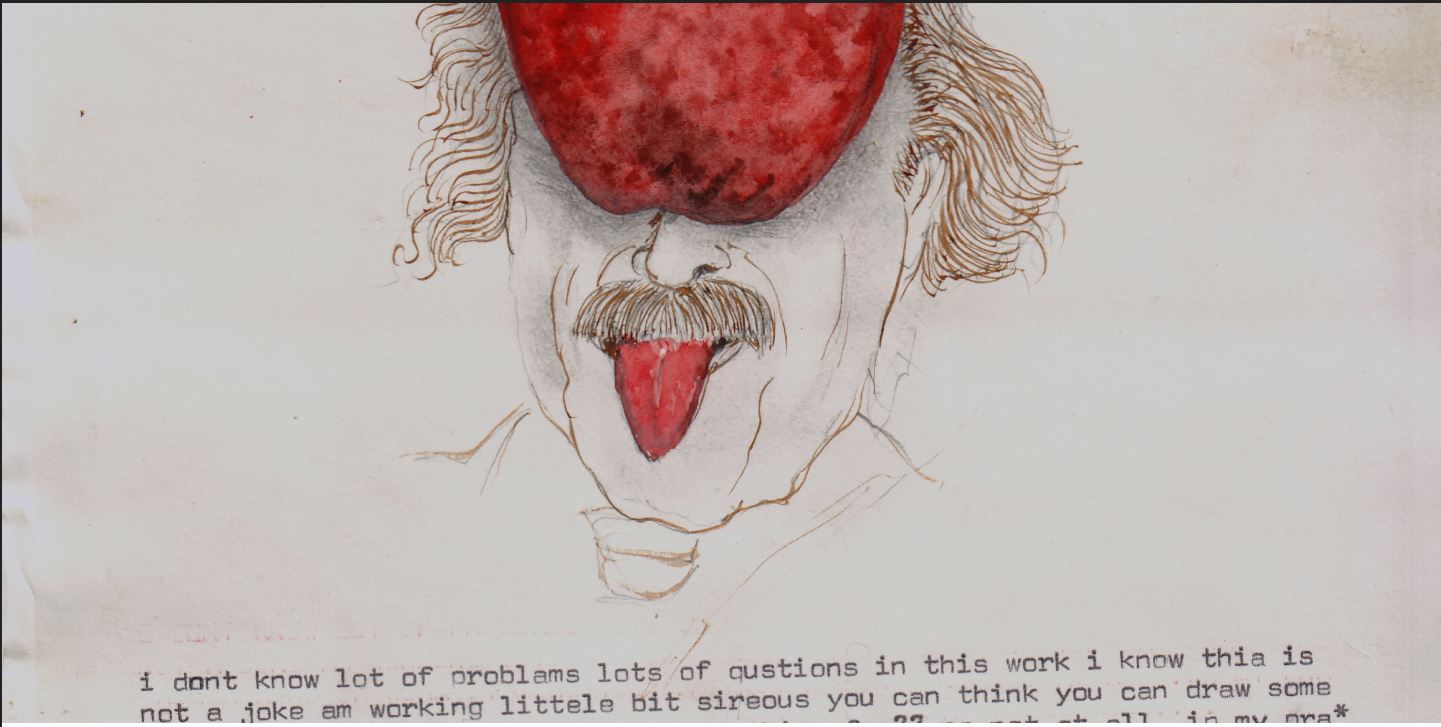 RACE, TONGUE AND BODIES IN CINEMA OF THE FANTASTIC

Invented languages either take off from existing languages or depart from them entirely in order to highlight the ‘Otherness’ of its speakers. At the face of it, they transcend linguistic division, ethnicity, location, nations and boundaries. But languages do not exist in vacuum. Thus, much like ‘real’ languages, invented languages too draw from political categories. […] As an art form cinema often comes the closest to mirroring how humans think; how memories are shaped and retrieved, imagination unleashed. Much of this has to do with the fact that the moving image  engages directly with space and time. Space enters through the visual elements used to narrate a story. it may be argued that it is these visual […] 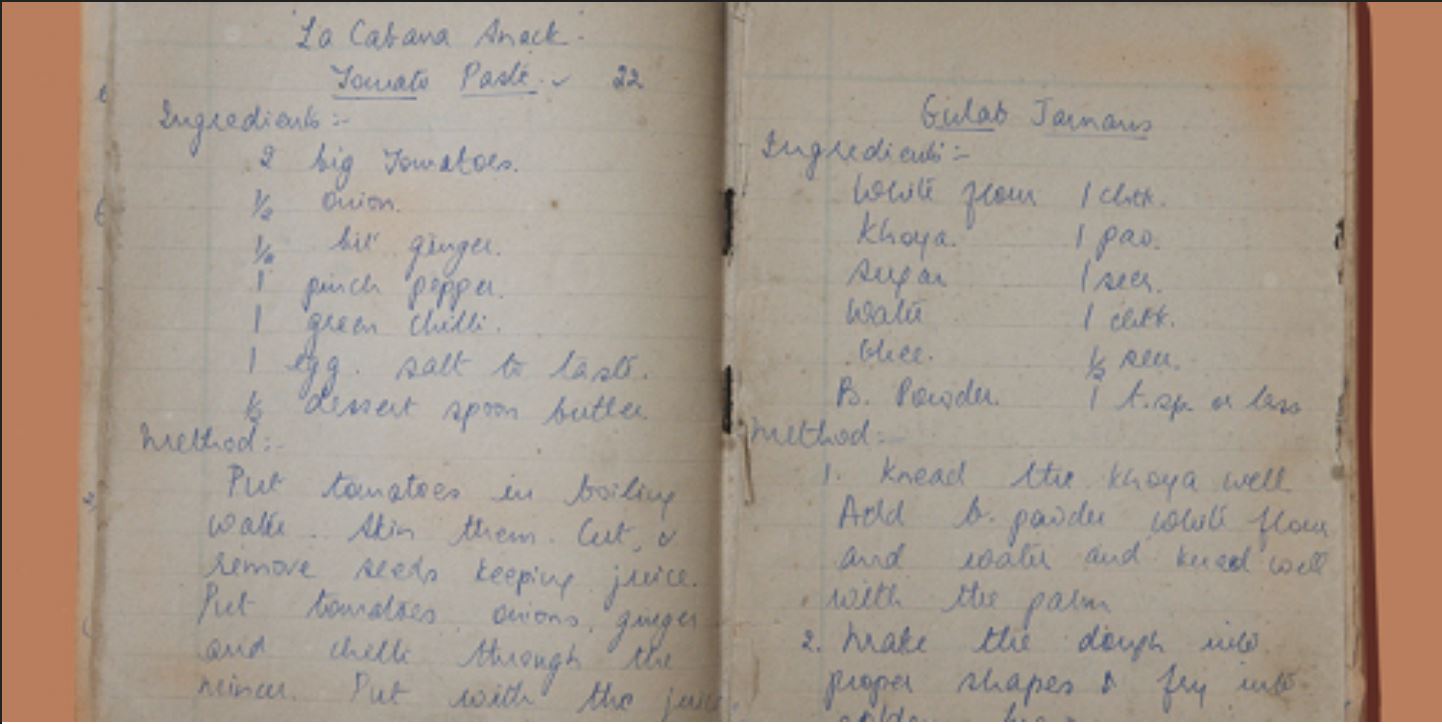 BEYOND DELICIOUS: TALKING WITH FOOD

Our experiences are often food mediated memories. Menus, food blogs, art, may all be seen as attempts at translating this collective recollection, making apparent the language food offers to help remember things. Taken together these endeavours sew a network of communication and understanding, a linguistic web of feelings, remembrance and taste. My parents met discussing food. Library cupboards […] 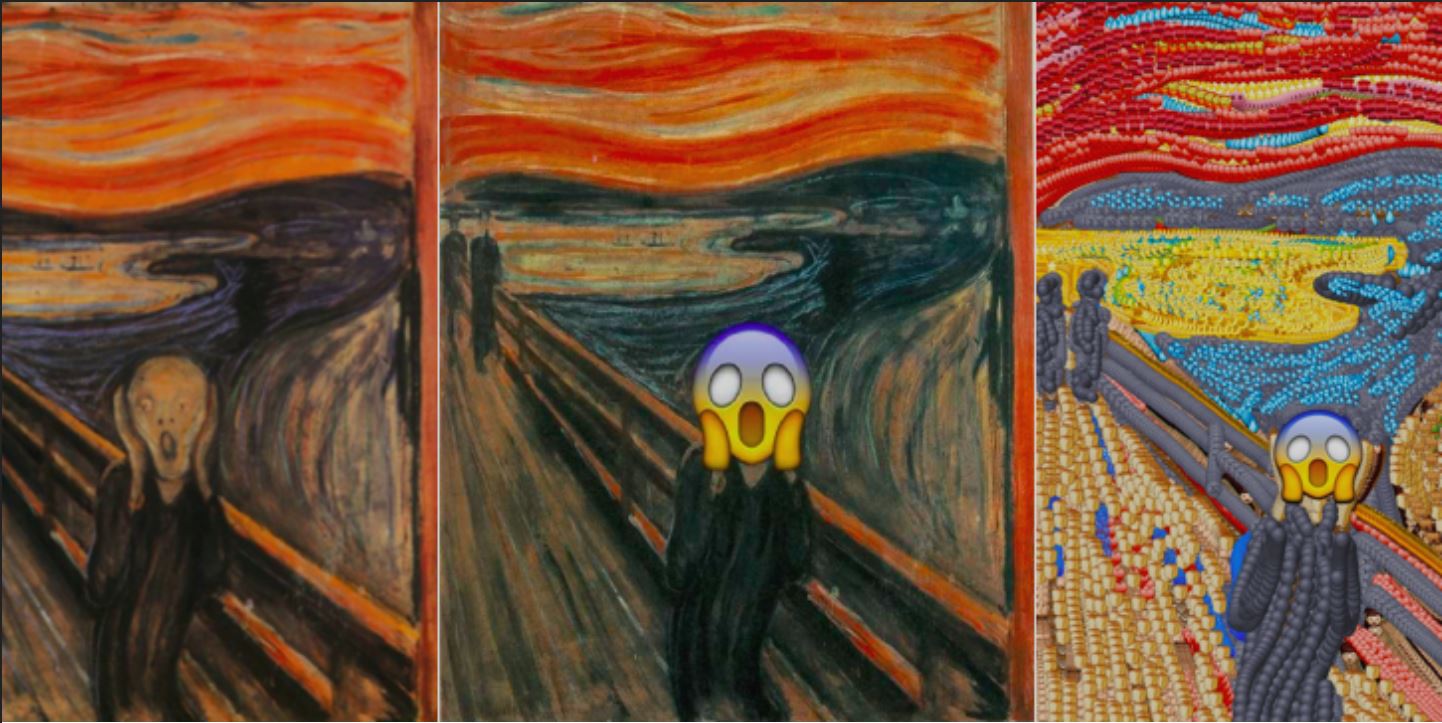 Over 3 billion users exchange over 60 billion messages everyday. More than 90% of them use emojis. Emoji users outweigh the 1.5 billion English language speakers but, unlike Klingon or Na’vi, is yet to be declared a ‘language’. Gradually though it has come to be powerful symbol of change. Emoji’s emotional nuance adds humor and personality, breaking […]

Indian English has opened up a fresh new window in the country’s comedy scene. While building an entire act in English could alienate a large audience incorporating the colloquial gusto of Indian English into the set has proved surprisingly inclusive. “And he knew, of course, that except for his English clothes there was nothing English […]

BY WAY OF EXTRACTION

Language often becomes the scaffolding on which a work of art can grow. The scaffold emerges out of the interaction between the work and the writer. This active event of perception is akin to the process of extraction. Knowing-Seeing What do we see when we see? What do we read when we read? The answer […]